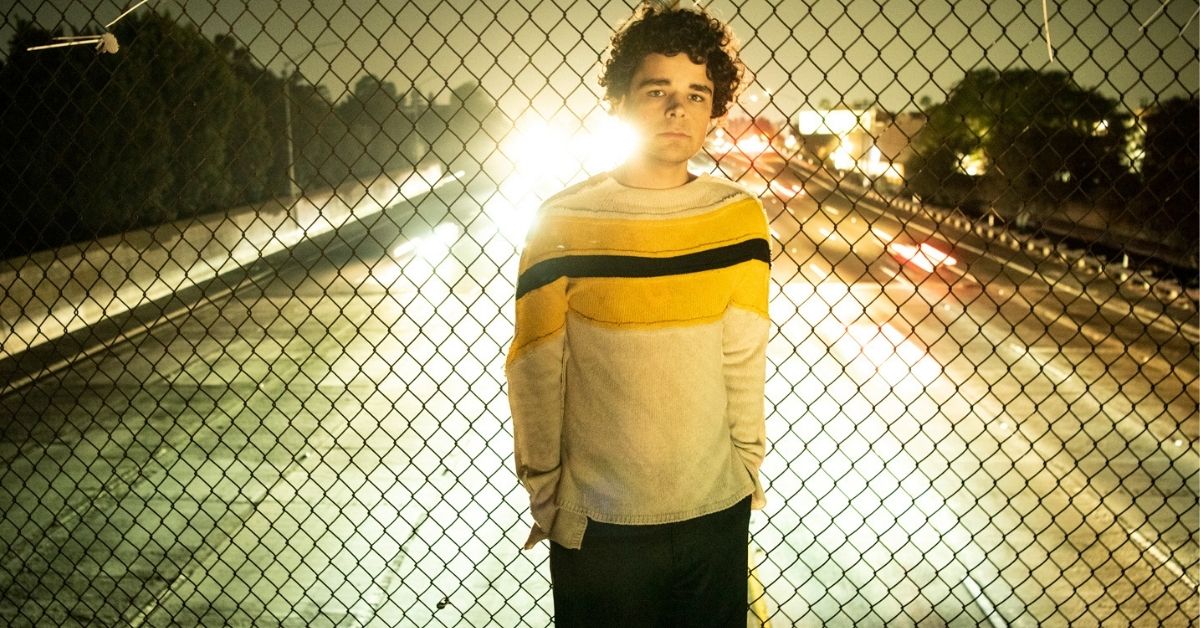 Charlie Hickey‘s music is rooted in storytelling. Chronicling the unpredictability of life through his lyricism, the Pasadena-based artist tends to look toward the past to some of the great folk singers while simultaneously taking inspiration from many of today’s musicians. Similar to his heroes, Hickey is creating music with sincerity and catchiness.

Hickey’s debut album, Nervous At Night (out May 20 via Saddest Factory), sees the artist capturing the bridge between teenage years and adulthood. Laced in retrospection and youthful optimism, Hickey highlights the significance of those fleeting moments. This nostalgic outlook, along with his musical influences, make Nervous At Night the ultimate coming-of-age soundtrack. From Frank Ocean‘s “Dear April” to Radiohead‘s “Motion Picture Soundtrack,” these are 10 songs that influenced his debut album.

The National is one of my all-time favorite bands. Matt [Berninger] is one of my favorite writers. He’s got a way of saying the simplest things in such a striking way. I love that the National isn’t afraid to rock while also being super melancholy and intimate. That balance was a huge inspiration on this record.

My favorite new thing from the past year or so. Marshall [Vore] played me this in the car, and I absolutely flipped. I hadn’t heard such great songwriting with such innovative and genre-bending production in so long. It was really inspiring to me.

I’m such a big Perfume Genius fan. This is just a classic song, and the production is so otherworldly and emotional.

This song has the simplest melody, but somehow it makes you wanna weep. It’s just so sad. The recording is also so unnervingly raw but somehow feels really ethereal. I remember us pulling this one up in the studio and thinking about how to cultivate that mood.

To me, this is one of the most perfect songs ever, and the recording has such a unique vibe. It’s so organic and lonely-sounding. That same rawness was definitely something we tried to capture.

What I love about the Japanese House is how strong the songwriting is and also how dense the production is. I’ve always loved poppier, less organic production, but it can be hard to make it feel effortless. The Japanese House does it so well, and we listened to them a bunch when we were thinking about how to produce songs like “Dandelions.”

Another one of my all-time favorite songs. It’s so hard to put your finger on what makes it so emotional. That extra-special quality was really something we tried to cultivate in all these songs.

Couldn’t not include a Pinegrove song. One of my all-time fav bands and just an endless well of inspiration for me in terms of writing. I always have a different favorite song of theirs, but this one was my fav at the time.

I’ll love this band forever, and I don’t care what anyone says. Their ability to effortlessly glide between genre in one record was super inspiring to us. This is kind of a deep cut, but it’s such a beautiful, heartbreaking one.

Obviously, Frank is amazing. I love that this song lives in an R&B universe but also feels really rooted in a folk tradition of storytelling, and it makes me wanna let myself be a bit more soulful and have more fun singing. Frank is such a good singer and lyricist.